A Stroll through Quebec City

This is a repost of my second post, dated November 3, 2010, linking to:
Chari's Sunday Favorites at Happy to Design
Jenny Matlock's Alphabe-Thursday for "Q"
Outdoor Wednesday at A   Southern Daydreamer
On a  recent trip to  Quebec City,  I discovered a  stunning city with  breathtaking Fall color  (something usually not seen  in my part of  Texas.)
Quebec City  is one of the oldest cities in North America and the old part of the city still has it's fortified walls. 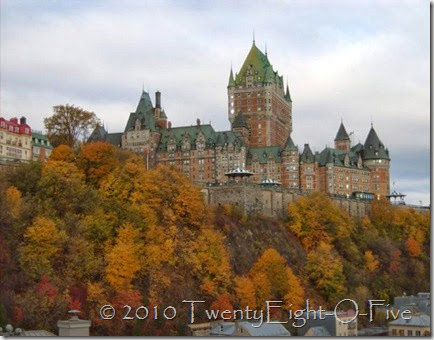 Although  fascinated with taking pictures of architectural details such as doors,  windows, steeples and such (and have  a lot of them),  I  was really taken by the spirit of the street scenes. 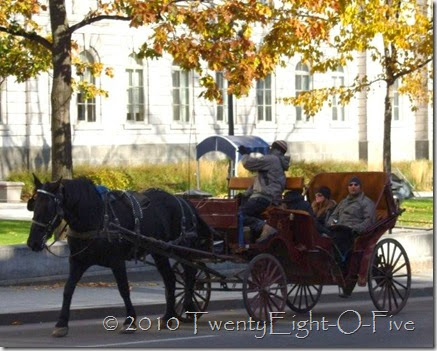 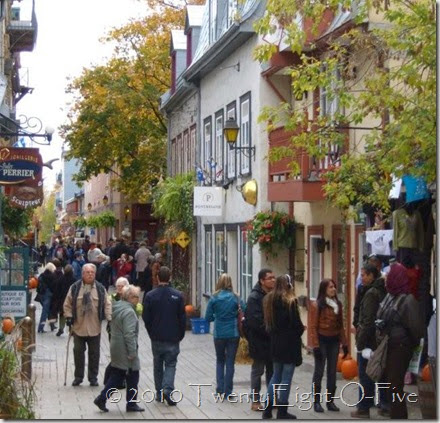 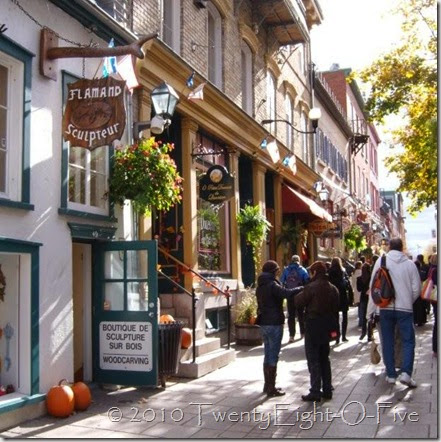 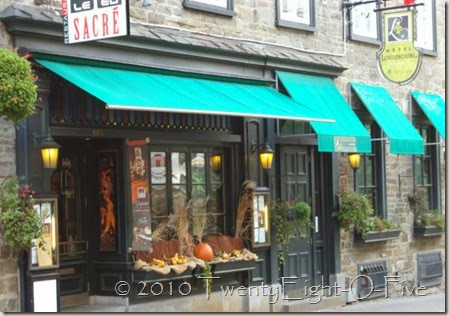 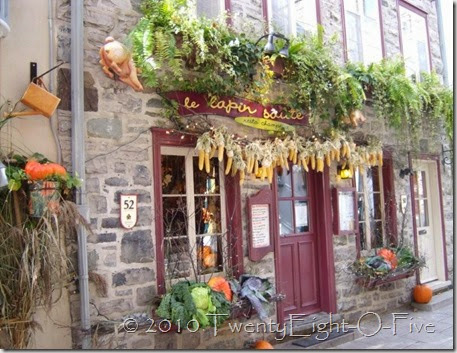 Not sure what was going on in here but the translation is“skin to skin”. 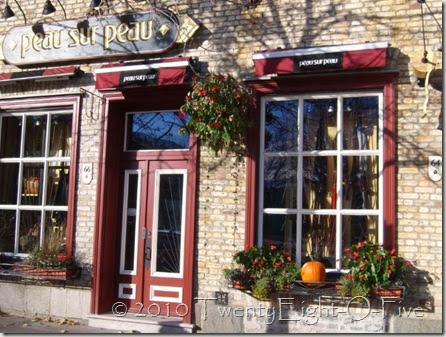 But,  I do know what was going on in here:  Fabulous French  Food  which was  oh si delicieux et fortement recommande! 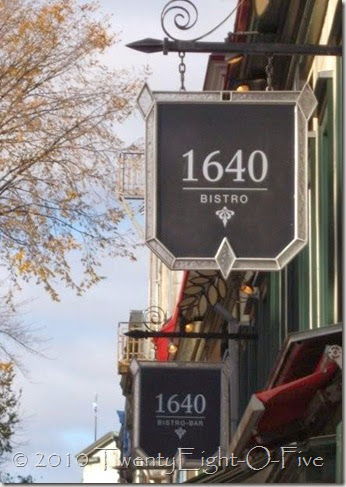 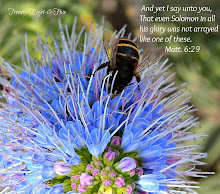